Well, it's been 2 weeks since I've written a blog post.  A couple of things happened in those 2 weeks, and I'm going to comment on them both.

1.) The world failed to come to an end due to my lack of blogging.  I received no emails clamoring for me to restart my blogging, neither did any major religious or political figures call me to seek advice, since it wasn't forthcoming on the internet.

Neither did any of the issues that I thought had been thoroughly settled, since I had blogged the exact right answers in the past few years, go away.  There's still much digital ink being spilled over politics, taxes, Baptist life, and the upcoming end of civilization as we know it.  (It's true.  This fall.)

2.)  I realized that I missed writing.  I recognize that I don't write well, and the numbers don't lie that I'm not reaching a huge audience.  However, I enjoy typing out my little thoughts and ideas.  I find it somewhat satisfying to read rebukes of bloggers and realize that I might be one of the ones rebuked.  Except that most of the people that read my blog already agree with me.

The benefit I've missed has been the rabbit-chasing fun of blog-dom.  I'm trying to do less of that in sermons, in hopes of getting actually to the point.  However, the past two weeks have simply resulted in this: 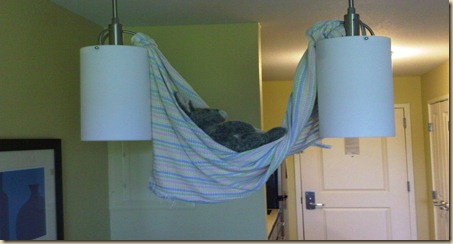 So, I'll fire back into blogging and keeping the rabbits from laying about so much.