Linked over to someone else's blog

Most of you who read my blog probably don't know who Wade Burleson is. Pastor Burleson is, well, a Southern Baptist Pastor in Oklahoma. Most of his blogging is related to issues in the SBC. While I don't hit him up every day, I occasionally look in to see what's happening in larger SBC issues.

Anyway, today he's got a good post that's not specific on point, but is more of a great illustration, and I'll let you draw some conclusions about how it should apply to you:

Some Wisdom from the United States Air Force

from Grace and Truth to You by Wade Burleson
A C-130 United States Airforce jet was lumbering along when a cocky F-16 fighter pilot flashed by in his half billion dollar jet. The jet jockey decided to show off. 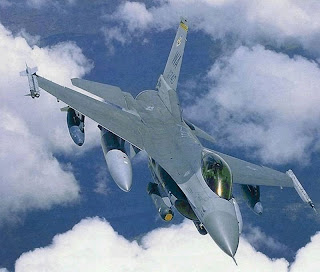 The fighter jock told the C-130 pilot, 'Watch this!' and promptly went into a barrel roll followed by a steep climb. He then finished with a sonic boom as he broke the sound barrier. The F-16 pilot asked the C-130 pilot, "What do you think of that?"

The C-130 pilot said, 'That was impressive, but watch this!' 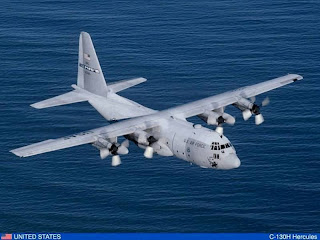 The C-130 droned along for about 5 minutes and then the C-130 pilot came back on and said: 'What did you think of that?'

The C-130 pilot chuckled. 'I stood up, stretched my legs, walked to the back, went to the bathroom, then got a cup of coffee and a cinnamon bun.'

Moral of the story: When you are young and foolish it is speed and flash that seems a good thing. But the older and wiser you become, the more you realize that comfort and slow is not such a bad thing after all.

Note from Doug: I've seen this story elsewhere, but the C-130 pilot's response is: I shut down an engine. If you don't realize that F-16s have 1 engine, while the beautiful C-130 has 4, you don't get that one. And I have a special spot for C-130s. I grew with these aircraft, my dad is a C-130 Command Master Navigator. Sure, pilots turn the wheels, but they can't find the ground without a nav!!

Additional note: Not sure what's up on Pastor Burleson's blog. I have the post from his RSS feed, but it's not showing on his blog. I know that he has a very high truth standard, and he may have taken the story off until he can source it. It's probably that this story is an urban legend in the Air Force, but knowing pilots and that there is a disrespect of fast-movers for trash-haulers, it wouldn't surprise me if this has happened.
at February 06, 2009