Book: What Every Christian Needs to Know about the Qur’an

Disclaimer: I’ve been sitting on this one for a while. This book was provided by Bethany House Publishers several months ago, and I just have had a hard time getting it finished.

James R. White’s What Every Christian Needs to Know about the Qur’an 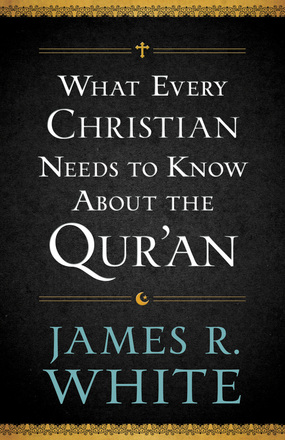 answers one key question in the title. It’s “Qur’an” and not “Koran,” at least according to White. I do not know that this bothers anyone else, but there you go, and that’s settled. It is also worth noting that Islamic tradition calls for the label of “Holy Qur’an,” at least based on what I have seen in writings based in Islamic cultures. White does as I will do and not use that—I do not expect a Muslim critic of the Bible to refer to it as the Holy Bible if he did not believe it to be from God, I will not add an adjective to Qur’an that I do not think applies.

Moving on. Within Christian Internet circles, James R. White is fairly well-known as a preacher and radio/podcast host. He also spends a good deal of time debating members of other religions, especially Islam. I’m not a big audio learner, so I don’t know much of what White puts out, since I don’t listen. I know that he has come across to some as a heroic herald of the truth, and to others as a pain-in-the-Balaam-transport. I don’t know him personally, so I won’t offer a judgment. I can tell by what I read that he has done a great deal of research, though he does wear bow ties, which are not cool. They are annoying.

Away from the author, on to the book. What Every Christian Needs to Know about the Qur’an is an in-depth look at the foundational document for Islam. White presents this as a necessary foundation for understanding Islam, both for personal use and for evangelistic efforts. Given the prevalence of Islam in the world today, most people with a desire to understand the world want to understand Islam.

And it is notoriously difficult to get good information on any religion. The writers are either proponents or opponents. What Every Christian Needs to Know about the Qur’an is no exception, written by an opponent, but Islam holds that the true Qur’an only exists in Arabic, so you’ve got to get someone to translate it and work from there.

Throughout What Every Christian Needs to Know about the Qur’an, White provides great detail on various aspects of the Qur’an. He focuses on what is contained about Christianity and the relationship between Islam and the wider world. He also takes a chapter to address parallel passage within the Qur’an to point out that the complaint of Islam about the Bible, that the writers of the Gospels do not agree, is also valid against the Qur’an. There are parallel passages with minor wording differences.

On the downside, What Every Christian Needs to Know about the Qur’an is not really a book that I would recommend for every Christian. Partly because far too many Christians would read this book and know more about the Qur’an than they do the Bible. That’s a failure of discipleship in many cases, and one that we would do well to correct.

Also, What Every Christian Needs to Know about the Qur’an is quite a bit academic. I would see it as a wise text for comparative religions or world religions, but I think to hand out copies to every person in church this Sunday would result in a lot of unread books.

The facts and information is good, but in all honesty What Every Christian Needs to Know about the Qur’an reads like a collection of lecture transcripts, with the the excitement that begs for the next coffee break. If it is to be widely used, a reading discussion group would be almost a necessity. Given White’s role as a church leader, he probably would recommend that anyway, so I don’t think it’s a bad thing. Just a note worth making.

Summary: will I use this as a reference tool? Yes. Will I use it for a church class on Islam? Yes. Will I hand out copies to every Christian? Probably not.

Disclosure:  I received a copy of this book from Bethanyhouse in exchange for the review.