“Worthy are You, our Lord and our God, to receive glory and honor and power; for You created all things, and because of Your will they existed, and were created.” Revelation 4:11 (NASB95)

Christmas in 21st Century America is about many things. The retail world counts on Christmas to balance the books. The movie world waits to release award-worthy films around Christmas. The schools count on those two weeks to restore the sanity of the teachers. Many families count on Christmas to be the time they get together.

Christmas 1914 was the scene of something even greater. In the opening year of World War One, the young soldiers at the front lines of Germany, France, and England were not yet so bitter that they forgot about Christmas. Ignoring orders from superior officers, small groups of men joined together where tens of thousands had been killed, and where hundreds of thousands more will be killed, and exchanged gifts.

It starts in the ages of eternity past, when God considered Creation. The measurable time begins with that Creation, and we see the handiwork of God. We see the Divine Logic behind Creation, and then something even more amazing happens.

The Divine Logic, the Word of God, becomes flesh and dwells among humanity. Rather than having to guess at who God is or what God is like, He can be seen. He can be talked to, questioned. His answers can be examined and compared to the long-held beliefs of many.

He lives a life that perfectly fulfills the prophecies of the Messiah. This includes items He could accomplish intentionally and ones that He could only cause if He truly is God. After all, no one picks the city of their birth some seven hundred years before it happens, do they? He meets the death that He said He would.

Then He rises from the dead. Unlike the miracles He has performed, no one has to call Him forth from the grave or tell Him to get up. He just does. The stone rolls away and the people can see the tomb is empty.

A little later, He returns to Heaven to take His seat at the right hand of God. He does not go to Heaven through death like humanity will, but ascends directly there. He ruled the universe from the beginning, and rules it now from His throne.

He is Jesus of Nazareth, called the Christ, King of King and Lord of Lords. He is the Alpha and Omega, the Mighty God, the Everlasting Father, the Prince of Peace. He is worthy of worship, worthy to receive glory and honor, worthy to receive power, and capable of using it.

And He came because His love and His mercy motivated Him. To a people who had rejected Him into a world that continues to reject Him, He brought love and the payment of the penalty for sin. He is alive forevermore and will come again.

Christmas is one of 365¼ days that are His. May we celebrate Him, starting now and on into eternity.

Then I looked and heard the voice of many angels,

They encircled the throne and the living creatures and the elders.

In a loud voice they were saying:

“Worthy is the Lamb, who was slain,

to receive power and wealth and wisdom

and strength and honor and glory and praise!”

Then I heard every creature in heaven

and all that is in them, saying:

“To him who sits on the throne and to the Lamb

be praise and honor and glory and power,

for ever and ever!” 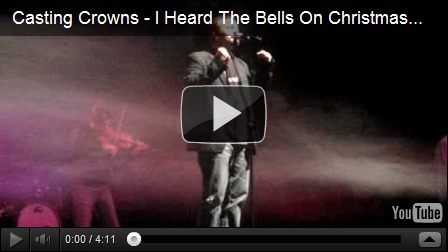