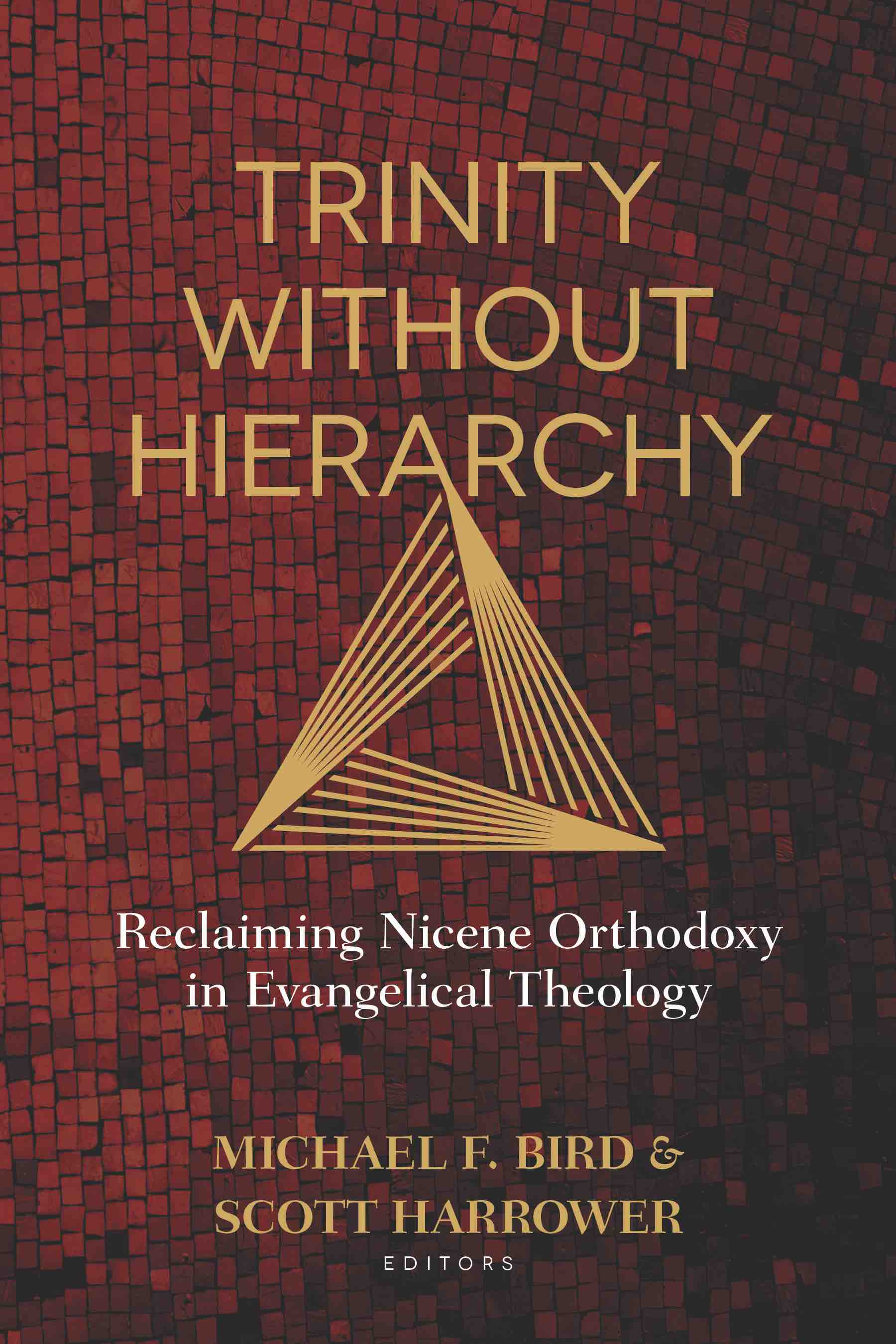 Today's book is Trinity without Hierarchy, from Kregel Academic. It’s edited by Michael F. Bird and Scott Harrower, both of Ridley College in Melbourne, Australia. No, there is not an audiobook of the whole thing done in Australian accents. Sorry.

It does have a relevant backstory: theology debates, even within the bounds of orthodoxy, tend to go in cycles. One of the current cycles of debate relates to the Trinity and the interrelationship between the Father and the Son. (We’re not really on the Filioque Controversy and the Spirit right now.) It’s connected, by argument, to the ongoing discussion of family relationships, specifically the relationship between husband and wife.

For those of you who do not keep up, and I don’t blame you for being one of those folks, there is a position which advocates that a wife’s submission to her husband is based in the Son’s eternal submission to the Father. This book addresses not the first part—home relationships are not the actual material in view—but the second: is there eternal, functional submission of the Son to the Father? After all, if there is not, then there is no extension of the argument to household roles.

Please note that Bird, et.al., are not trying to sort out the proper understanding of household codes in Trinity without Hierarchy. The intent here is to investigate the actual theology of the Trinity. After all, if one’s theology does not get this right, it’s hard to figure that the trickle-down remainders will be adequate.

Now, this is not a single-author book. There are sixteen contributors counting the two primary editors. I would have liked to see one-paragraph, or even one-footnote, worth of bio on each contributor, just for my own curiosity. For example, is the Jeff Fisher chapter 9 the former coach of the Tennessee Titans? I suspect not…and I’m fairly certain that Stephen Holmes is the one who spoke at a doctoral colloquy I attended, but I’m not certain.

That is, really, the only ding on the content: I found the chapters a well-rounded study of the historical expression of the doctrine of the Trinity as well as the Biblical doctrine itself. Being a history major, I personally favored the historical information, such as Amy Brown Hughes’ chapter on Gregory of Nyssa. The reader should keep in mind that the intent here is to track Nicene Orthodoxy, which is rooted in Scripture and history.

Biblically, the arguments are sound. The chapters are independent of each other, so the book is easy to read segment-by-segment. The closing chapter on the generational effects of theology is worth the reading of the whole work.

All in all, this is as good of a book focused on the Trinity as I have read. Some doctrinal points were clarified, like the difference in economic and immanent relationships. I highly recommend Trinity without Hierarchy.

(Please note: I received a copy of this book from Kregel Academic.)